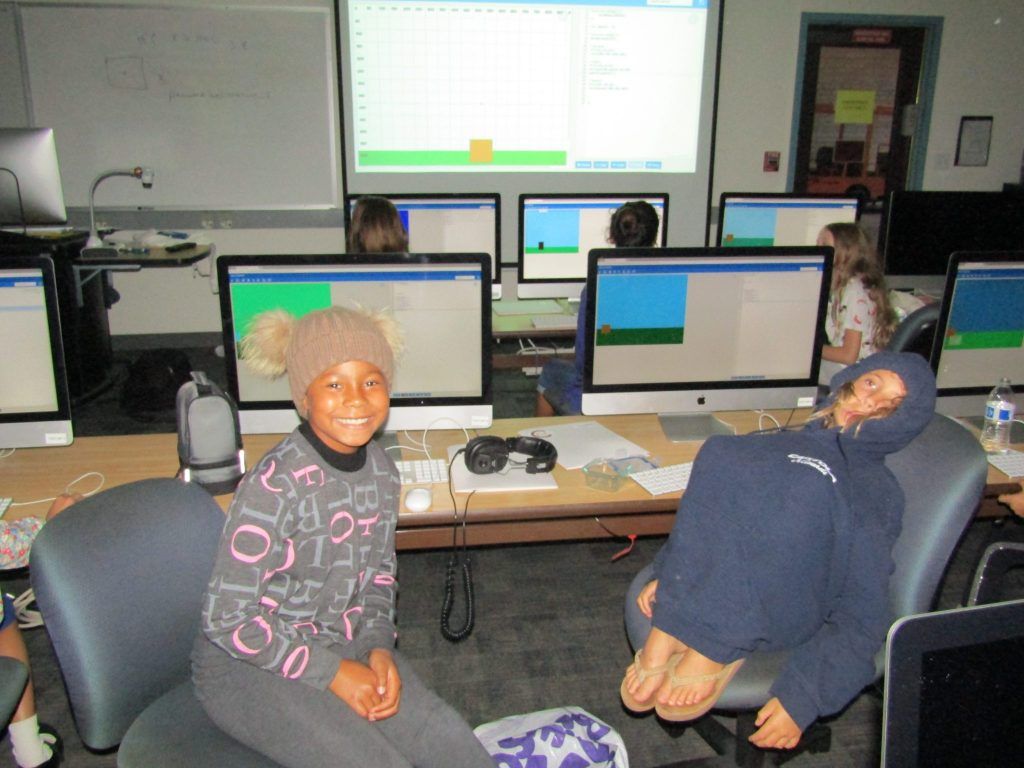 I’m Charity and I have been working with Code Naturally’s lead educator, Joey, to teach students how to create games and abstract art using code. This summer, Code Naturally partnered with Cabrillo to provide students with 4 code intensive one week summer camps. The last week was a girls only coding camp and I noticed 4 key differences between the way girls and boys learn computer science.

The majority of students in co-ed camps are boys, and this can be discouraging for the few girls that are in the camps. It makes it harder to ask questions and reveal the fact that one might be confused in that kind of environment. Girls around the world tend to outperform boys in both math and science. A study from the University of Missouri “found that girls are outperforming boys in reading, mathematics, and science literacy by age 15, regardless of political, economic, social, or gender-equality issues and policies found in those countries”. However, outperforming boys in these subjects doesn’t lead to more female engineers here in our community. The only way we can do that is to change how girls perceive themselves and what they can do. That’s why the goal of our camp was to to ensure that they perceive STEM activities not as something that boys or girls do, but instead as a hobby or interest that anyone can pursue.